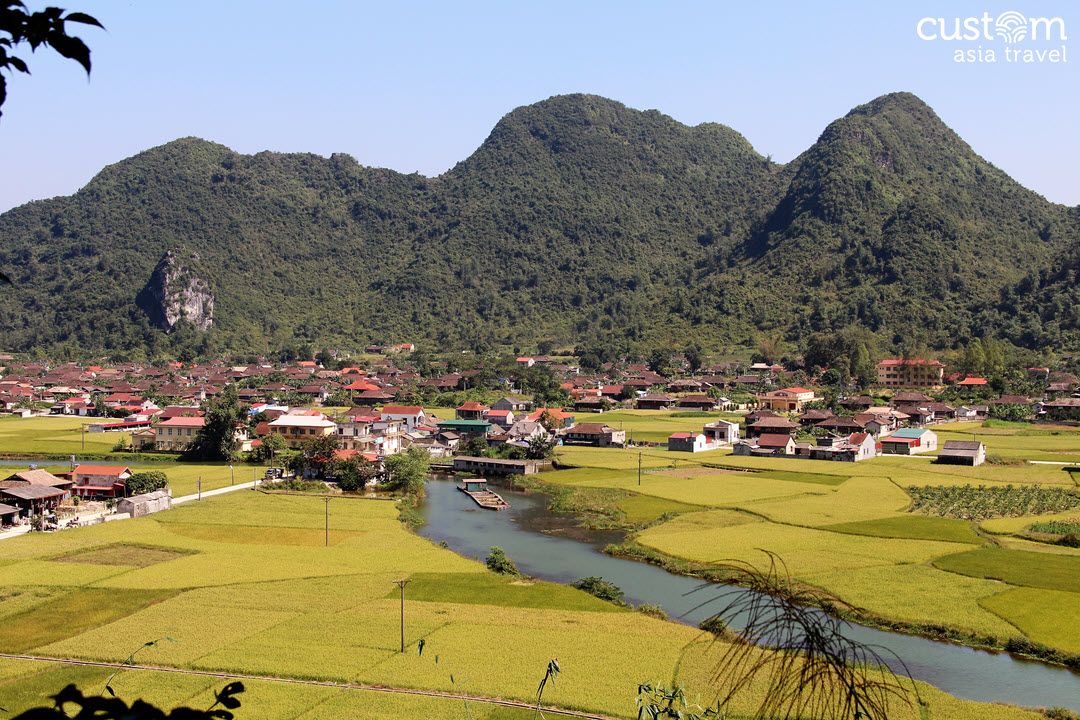 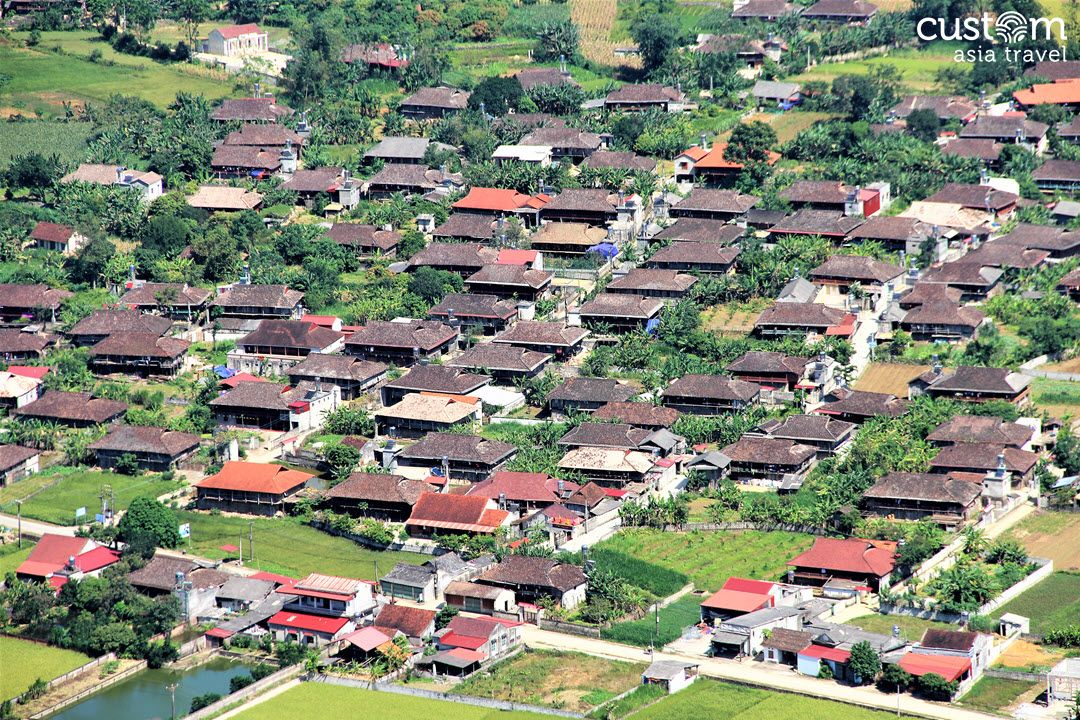 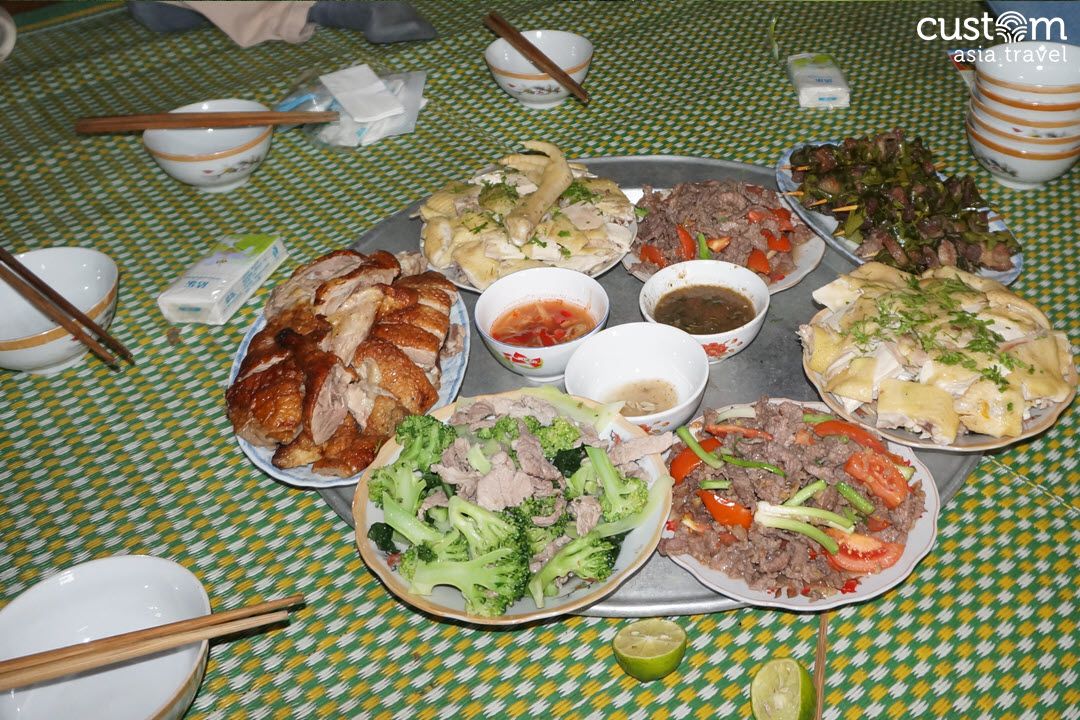 Quynh Son Village has an official name is Quynh Son cultural tourism community village and also is one of Bac Son’s attractions. It is located close to Bac Son District's centre, Bac Son Province. This is a village Tay people live here for a long time. Now with its tradition time, Quynh Son becomes an ideal destination every time you come to Bac Son to discover the local cultural identity and seeing the beautiful and peaceful sceneries. Quynh Son Village is leaning against the Limestone mountain, from there you can see Bac Son field and winding streams.

The first impression when you come here is Tay people’s village architecture with a lot of houses on stilts building focus on space. All roof's houses are designed to looking to the South, so you can see all view of mountains, forests, fields. The stilt houses are made of rare wood such as Iron-wood, Lauan, Meranti… At your first sight, you may think all of them are the same, but look clear, the difference is on the details of each house. However, no matter which house, you also feel the airy space and harmony with nature.

From 2010, Quynh Son village officially put into operation as Quynh Son cultural tourism community village. At first, there are 5 families have auxiliary works in standard, now that number rises over 70 families. Those families can respond to the requirement of hundreds of tourists every year. Quynh Son village’s people aware of keeping the environment clean, they move the space for breeding far from living house, build closed sanitation facilities and maintain the roads always clean.

Taking rest in the warm air of traditional stilt houses in Quynh Son Village, stay together with Tay people, you will see they are very friendly and hospitable, especially they cook great. You will have a chance to eat attractive special local foods such as Banh Chung den (black sticky rice cake), xoi cam (a kind of sticky rice), sausage, hill chicken cooking with ginger, grilled stream fish… Come to Quynh Son Village, you also enjoy the shows of Tay girls, boys. They perform “then” style song, play “dan tinh” (a kind of musical instrument). You can’t take eyes off them.

Besides, if travellers visit Quynh Son Village on Long Tong Festival, held on 12-13 January (Lunar Calendar) every year, you can explore deeply about Tay people’s tradition with season praying ceremony, step down the field ceremony… along with some kind of traditional music: hat vi, hat then, dancing… and a lot of games: cay ha dien, gia gao, nem con, danh du…

After taking rest in Tay people’s house, tourists can visit Quynh Son Communal House. This communal house has an ancient history, in there, people respect Quy Minh Lord (Duong Minh Tu General), a historical hero who helped people expel bandits, kept the peace of border province. In communal house’s campus, there are ancient hundreds year old Banyan Tree and Star Fruit Tree. The ancient Banyan Tree planted in 1540 is protected and worshipped by villagers. It was a strange tree, its canopy spread widen and cover a huge space. The tree has 3 stumps like generations in a family relying on each other and reaching high. The banyan tree leaves are also strange, according to the elderly in the village, their colour change into different in 4 seasons of a year. The star fruit tree in front of the communal house was planted in 1663, it is very old but still gives fruit every year, especially the roots spreading deep in the ground and the young trees rises gradually in good land. Quynh Son Communal House is ranked as a provincial art architectural monument in 2012.

Beside the winding streams and green fields of Quynh Son village is Ra Rieng Bridge. Before the 1940s, this was a wooden bridge across the stream, with a thatched roof above it. After that, in the fighting of local people with French, the bridge was burned and the local people gained a lot of weapons. That opens many victories for the beginning of Bac Son Revolution From Ra Rieng Bridge, you can climb to Bac Son broadcast station. After climbing more than 500 stone steps, you will feel the majestic space of the great mountains, watching the stilt houses hidden in the fertile rice fields. This is the ideal place for picnics and taking photos. To make sure you won’t miss anything in Quynh Son Village, contact our Bac Son tours team for detail consultation. See you soon!

On of Mu Cang Chai’s attraction is Tu Le Commune - famous for glutinous rice, where you can soak up the hot spring and see the peaceful...

Mo waterfall is located between Na Hang A peak and Na Hang B peak in the territory of Mo De commune (Mu Cang Chai district)...